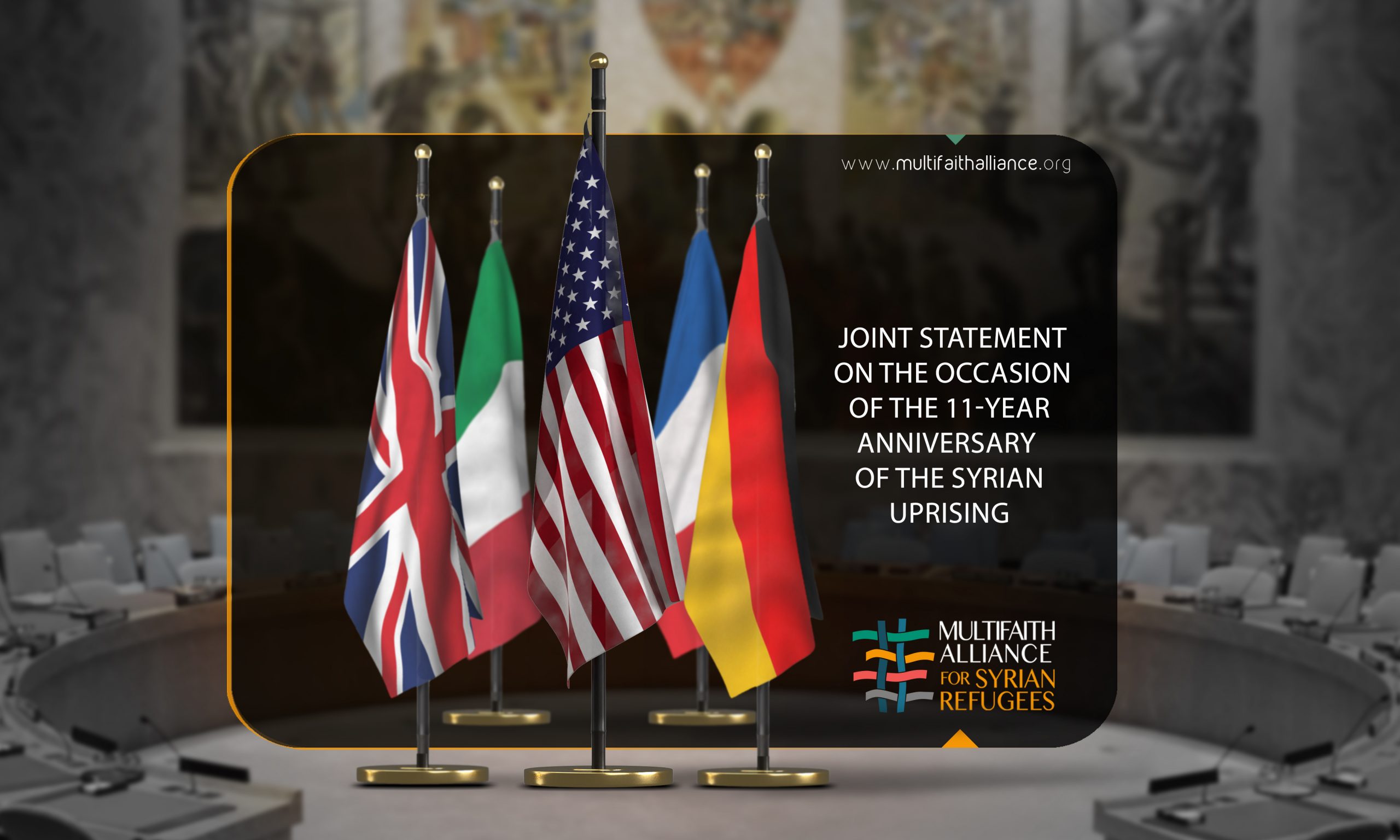 Joint Statement released by France, Germany, Italy, the United Kingdom, and the United States of America on the occasion of the 11-year anniversary of the Syrian uprising

“Today marks 11 years since the Syrian people courageously and peacefully took to the streets to demand freedom, political reform, and a government that respects and upholds human rights. The Assad regime met those demands with a brutal assault that continues today against the Syrian people. After 11 years of death and suffering, it is past time for the regime and its enablers, including Russia and Iran, to halt their ruthless attack on the Syrian people. The coincidence of this year’s anniversary with the appalling Russian aggression against Ukraine, which constitutes a breach of exceptional gravity to international law and the UN Charter, highlights Russia’s brutal and destructive behavior in both conflicts. After more than a decade of conflict, the Syrian economic and humanitarian situation is bleak and millions of Syrian refugees hosted generously by Syria’s neighbors, as well as those internally displaced, cannot yet return home in line with UN standards, and without fear of violence, arbitrary arrest, and torture. Continued conflict has also led to space for terrorists, particularly Daesh (ISIS), to exploit. Preventing Daesh’s resurgence remains a priority.

We continue to support the UN-facilitated, Syrian-led process outlined within UN Security Council Resolution 2254. We will continue to call for a nationwide ceasefire, respect for international humanitarian law, and unhindered aid access through all modalities, including through the continued authorization of the cross-border mechanism by the UN Security Council. We additionally urge the immediate release of those arbitrarily detained and clarification of the fate and whereabouts of those who remain missing. We do not support efforts to normalize relations with the Assad regime and will not normalize relations ourselves, nor lift sanctions or fund reconstruction until there is irreversible progress towards a political solution. We encourage all parties, especially the Syrian regime, to participate in the March 21 meeting of the Constitutional Committee in good faith and call for the Committee to deliver on its mandate.

Impunity remains unacceptable. We will therefore continue to actively promote accountability, including through support to the Commission of Inquiry, the International, Impartial and Independent Mechanism, and the Organization for the Prohibition of Chemical Weapons (OPCW). This also includes supporting organizations, many of which are Syrian-led, in collecting evidence and documenting the atrocities and serious violations of international law committed in Syria, including the use of chemical weapons. The OPCW’s Investigation and Identification Team’s (IIT) efforts continue to attribute responsibility for the abhorrent use of chemical weapons in Syria. Despite Syria’s lack of cooperation, the IIT has already confirmed the responsibility of the Assad regime in multiple chemical weapons attacks on the Syrian people. Those responsible for this disregard for the global norm against the use of chemical weapons must be held to account.

We welcome ongoing efforts by national courts to investigate and prosecute crimes within their jurisdiction committed in Syria and encourage increased support for these prosecutions. As their harrowing testimonies show, justice for victims and their families is long overdue. Pursuing accountability and justice is essential to building confidence in the political process called for in UNSCR 2254 and securing the stable, just, and enduring peace that Syrians need and deserve”.